At the same time, the quality of that rural debt has remained strong with almost 95 per cent rated viable or long term viable, despite challenging times for rural businesses.

“The 2021 Queensland Rural Debt Survey provides critical insight into the financial state of enterprises across rural industries over the past two years and will assist government and industry to help inform future decisions,” Mr Furner said.

“Debt funding remains the principal source of capital for Queensland primary producers including for working capital, infrastructure, property, and other investment purposes.

“Debt in the beef industry accounts for the largest proportion of rural debt across Queensland, growing by more than $3 billion and accounting for around 60 per cent of the increase in total debt. This is followed by cotton debt, growing 53.1 per cent to $1.69 billion. grain/grazing also saw a large increase, totalling $1.68 billion and recording a 40.9 per cent growth since the 2019 survey.

“The Western Downs and Central Highlands region represented the largest portion (just over 35 per cent) of total rural debt in Queensland, totalling $8.51 billion. This is followed by the Southern Coastal Curtis to Moreton region ($5.46 billion or 22.7 per cent) and Eastern Darling Downs region ($3.34 billion or 13.89 per cent).”

Conducted as of 31 December 2021, the latest Queensland Rural Debt Survey was undertaken by the Queensland Rural and Industry Development Authority (QRIDA) in collaboration with the Queensland Government Statisticians Office (QGSO) and with the support of all major rural lenders and insights from agricultural industry associations.

QRIDA Chief Executive Officer, Cameron MacMillan said 2021 Queensland Rural Debt Survey provided a comprehensive breakdown of the value, movement and quality of rural debt and the number of borrowers by industry and region.

Mr MacMillan said rural businesses continued to face tough conditions throughout the period from December 2019 to December 2021, yet many industries had also shown their resilience.

“In 2019, Queensland recorded the lowest level of rainfall since 2005. From 2020, they also faced rising input costs and supply chain disruptions due to the COVID-19 pandemic. All these factors have impacted production and business decisions by primary producers.”

“While overall debt has grown, the survey showed the quality of that debt has remained strong. Rural debt rated viable (A) and potentially viable long term (B+) combined increased from 93.14 per cent in 2019 to 94.97 per cent in 2021 as a proportion of total debt.

“This in part reflects the improved seasonal conditions and production over the latter part of the 2019-2021 period, continued strong commodity prices and the significant increase in the value of rural land that underpins much of this rural debt,” he said.

Mr MacMillan said since the survey was conducted in December 2021, much of the State has experienced an extended La Niña season with several major flooding events, particularly in South East Queensland. This, along with the ongoing impacts of the COVID-19 pandemic, conflict overseas, rising input costs and interest rates are all yet to be fully realised and may be reflected in the next survey scheduled for December 2023.”

“I wish to especially acknowledge the assistance of the QGSO in undertaking the survey and the support of all rural lenders for their participation in the 2021 survey and the wider industry groups who have generously provided their insights,” Mr MacMillan said.

Rural debt is defined as the total indebtedness of all farmers and rural enterprises throughout Queensland, where the servicing of the rural debt relies primarily on rural generated income.

The next Queensland Rural Debt Survey is scheduled for December 2023. 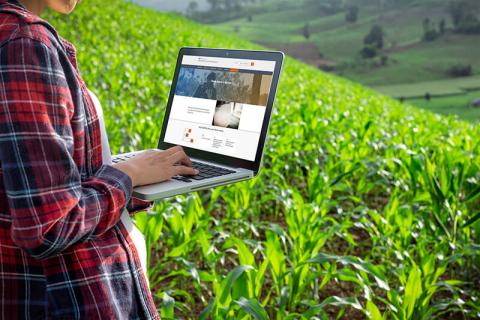