Fruit production will quadruple for berry growers Berry North in the Atherton Tablelands with the help of a Rural Economic Development (RED) Grant of up to $200,000.

Minister for Agricultural Industry Development and Fisheries Mark Furner MP says the grant will be used to boost the business’ blueberry production line and increase the number of good jobs in the Tablelands region.

“The grant will be used to put towards the capital cost of optical grading equipment which will allow them to grade, sort and pack blueberries at four times their current rate,” Mr Furner said.

“The additional packing capacity will support the development of additional areas of blueberry production, which in turn will create additional good jobs within the industry in the Atherton Tablelands region.”

General Manager of Berry North, Martin Inderbitzin says Berry North enjoys a challenge and the use of new technology in horticultural production and packaging.

“Visual grading of fresh produce is an exciting technology that will take Berry North’s business to the next level,” Mr Inderbitzin said.

“This technology will not only greatly improve the efficiency of the packing facility function but will translate into improved product output and enable Berry North to expand their berry production,” he said.

Berry North is one of 16 businesses approved in the fourth round of the RED Grants program with total funding of just over $3 million. Overall, these 16 projects are expected to create more than 217 direct long-term jobs across regional Queensland.

The initial three rounds of the RED Grants program have seen funding of $10 million over three years to support more than 30 projects which have created 1,800 jobs across regional Queensland.

The Palaszczuk Government has continued its investment with a further $6.6 million to be delivered in two rounds over the next two years to generate even more jobs, expand agricultural supply chains and provide significant economic benefit to rural areas.

The Queensland Rural and Industry Development Authority (QRIDA) administers the RED Grant scheme on behalf of the Department of Agriculture and Fisheries. 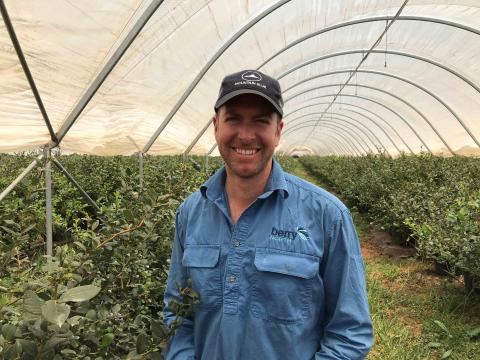