Protective cropping the way to grow for horticulture producers

After many years of farming experience, they identified the need for change to a more secure growing method, and to meet the consumer demand for perfect vegetables.

Bratasha Farms was one of 15 businesses to receive a grant of up to $250,000 under Round Three of the Rural Economic Development (RED) Grant program which is administered by the Queensland Rural and Industry Development Authority (QRIDA).

Director Raymond Bertinazzi said the funding would be used to expand their current protective growing facilities by two hectares.

“The funding we received will be used to construct an additional two-hectare high-tech, fully enclosed, climate-controlled cropping system, fitted with LED lighting to artificially extend the day length and circulation fans to improve ventilation.”

Mr Bertinazzi said that protective farming was becoming increasingly popular among horticulture farmers to influence the environment conditions their crops grow under.

“The protected cropping industry is the fastest growing food sector in Australia, with approximately 20 per cent of the value of total vegetable production in Australia now grown under protective structures.

“The results from this extensive research has confirmed there was a substantial increase in yield, noticeable improvement in product quality, reduction in chemical usage by up to 30 per cent, reduction in fertiliser by up to 15 per cent and a reduction in water consumption by nearly 30 per cent using protective copping methods,” he said.

The shift from paddock to protective cropping has provided Bratasha Farms with a greater return per hectare of production and an increase in demand for products.

Bratasha Farms will also use the RED Grant funding to construct a purpose-built greenhouse fabrication facility for other producers looking to build their own protective farming facilities.

“This will be the first of its kind in South East Queensland and will be an entirely new industry to the small rural community and will make the conversion to greenhouse production so much simpler for the other growers,” Mr Bertinazzi said.

The project is expected to create up to 41 direct and indirect jobs during and post construction.

The Rural Economic Development (RED) Grants program offers emerging projects up to $250,000 in co-contributions to build industry and grow employment opportunities across the agricultural sector. The $10 million grants program provides for three funding rounds over a three-year period ending 2021.

A total of 15 businesses have received $3.14 million under the third round of funding for the RED Grants program. Overall, these projects are expected to create more than 600 jobs across the agricultural sector in regional Queensland.

Across the three rounds of the RED Grant program, a total of 43 agricultural businesses have received funding toward economic development projects worth $40.8 million and estimated to create 1,897 new direct and indirect jobs over the lifetime of these projects.

QRIDA offers a range of assistance to primary producers, small business and non-profit organisations. To find out what’s available visit Programs and Services.

The Queensland Rural and Industry Development Authority (QRIDA) administer the RED Grant scheme on behalf of the Department of Agriculture and Fisheries. 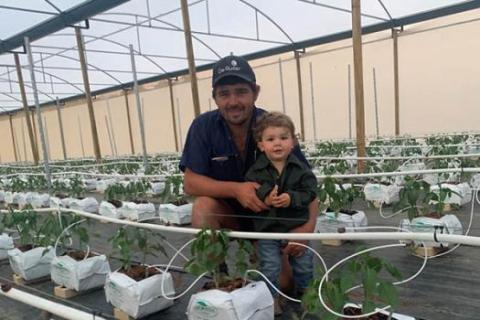