The flood waters may have receded at Matt Parker’s property in Amamoor, near Gympie, but the remnants are a testament to the recovery that lay ahead for the ginger and beef producer.

For Matt, being able to access an Extraordinary Disaster Assistance Recovery Grant administered by the Queensland Rural and Industry Development Authority (QRIDA) on behalf of the Queensland and Australian Governments, is a step forward to getting his family farming business back up and running.

“We were still recovering from the previous flood earlier this year that we experienced as a result of Ex-Tropical Cyclone Seth, so it was devastating to go through it all again just months later,” Matt said.

"In this flood we lost 1,600 hay bales, internal and boundary fencing, 28 acres of hard-set irrigation systems were damaged or washed away, and electrical power connections have water damage.

Matt has been able to use the initial $15,000 of the grant to employ fencing contractors and hire help to reinstall irrigation that was washed away in the floods.

“The initial grant was to help pay wages to replace fencing and irrigation,” said Matt. 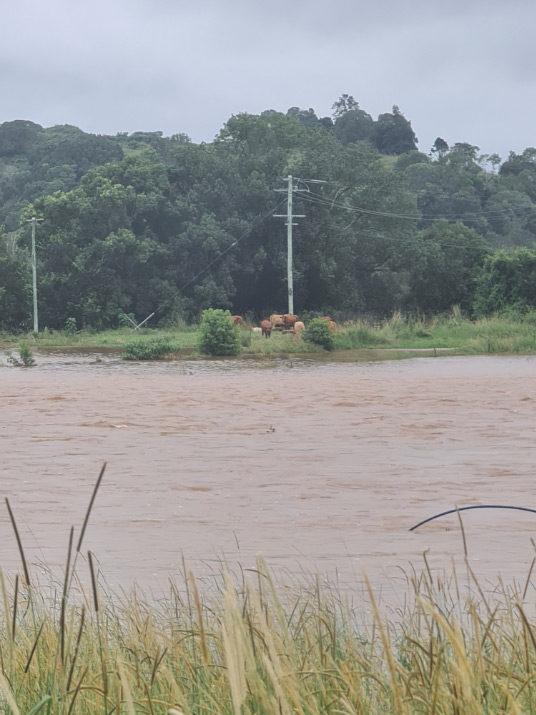 Ginger is a temperamental crop to grow, but Matt says it is the money maker of their farming business, which has been operational for over seven years.

“Ginger is our bread and butter, it puts the roof on our head, fuel in the car and it pays the wages but now we face so many uncertainties,” Matt said.

“If we find disease in our soils, we won’t be able to grow ginger anymore.”

Despite being a smaller farm of 27 hectares, Matt said he was grateful for the assistance from QRIDA.

“The next 12 months to two years are going to be important for us in recovering our business so financial assistance like the Extraordinary Disaster Assistance Recovery Grant is a big help and we are so grateful for QRIDA’s support,” Matt said.

“We’ve never had financial support like that as a smaller scale farm.”

“No one likes sitting behind a computer, but I found the online application process to be fairly simple and straightforward, all you’ve got to do is attach the documents.” 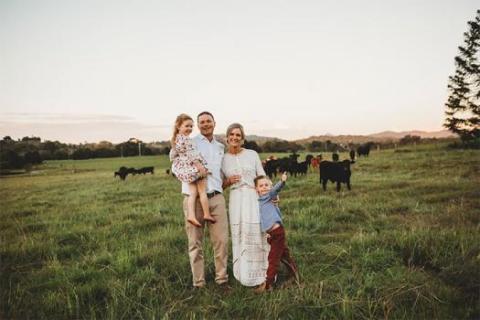