Back to full production: how QRIDA helped Fiorito Bananas get back to business following Tropical Cyclone Niran

Mark Nucifora’s banana farm is now producing even more fruit than before it was damaged by winds from Tropical Cyclone Niran.

He took over the farm from his father in 2010 and since then has converted even more land from cane into bananas, selling them under the brand ‘Fiorito Bananas’.

Mark says in early 2021, despite fluctuations in the market, his farm was in a good position.

That was until strong winds from Tropical Cyclone Niran devastated his property in March 2021.

“When the winds of Cyclone Niran came, it was very unexpected. We just didn’t know that winds of that magnitude were going to hit us that morning.”

“We were just going about our routine business - packing our fruit and the guys were out in the field bagging. The wind started picking up in the packing facility and all of a sudden, the boxes were being blown off where they were sitting, paper was being blown away, and it started getting stronger and stronger. I looked out to where the trees were and I could see some trees go, and then more and more go. The bunches were hitting the ground, so at that stage I had to make a call to get all the staff back into the shed, so no-one got hurt.”

After the winds receded, Mark and his team started assessing the damage to begin the recovery process.

“Initially, there’s a lot of shock, and there’s a fair bit of devastation in that.”

“We have about 20 or 30 staff, and for the first few weeks, their sole job was just cleaning up the farm so that we could get back to a regular routine of growing the bananas.”

“It was a big job,” Mark explains.

Mark estimates he lost 90% of his crop that day.

“Before the winds devastated the area, we were packing four to five semi-trailers a week. Two weeks after the winds, we were down to one semi every two weeks.”

Mark’s property had been damaged like this in the past, from Cyclone Larry in 2006 and Cyclone Yasi in 2011. Having experienced this before, Mark immediately knew that recovering from Niran would be costly.

“Sam’s good, we’ve known each other for many years so it’s good to have a familiar face when you have times where there’s adverse conditions. He was very happy to help me out and go through the process, and within two or three weeks the grant had been approved.”

“The grant was a massive boost in the arm for us. It was nice to have a positive come out of an adverse and a negative situation. It felt like because we got it, there were people that had our back, and that’s nice to have that feeling.”

Now seven months on from the disaster, the farm is the best it’s looked all year.

“Recently we sent off nearly eight semi-trailers full of fruit which is the busiest we’ve been since that destruction we had in March, so it’s nice to be back into that production and having some good quality fruit coming off the farm and helping us financially again.”

“It’s taken us nearly six or seven months to get us back to full production, and that’s been a long, hard journey but we’re certainly glad that we’re back at that spot now.”

When reflecting on his recovery, Mark says he wouldn’t be in the position he was now without QRIDA’s financial assistance.

“I think it’s of massive importance for agricultural people to get that sort of funding and level of support because as you know with agriculture, there’s times where you can make money, but there’s lots of times where you can’t. So having access to the grant just allows you to ride that storm a little bit.”

“QRIDA was a valuable partner in recovering from the winds that caused us damage, and we certainly appreciate that they were there to help us.”

To find out more about QRIDA’s disaster assistance, visit the Disaster Recovery for primary producers page. 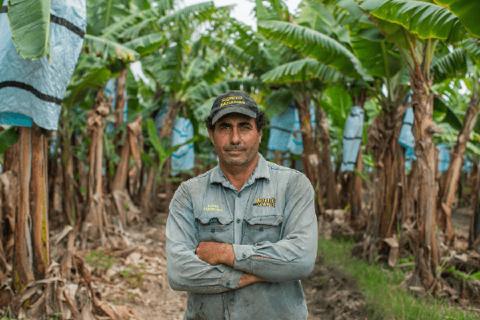